How do you imagine people living 40 thousand years ago? What did they do? What were their lives like? What thoughts filled their minds? What fears?

Have you heard about the Lion-man figurine? It is a small statue about 30 cm high, found in Germany. Its age is just 35–40 thousand years. It refers to the Aurignacian culture. 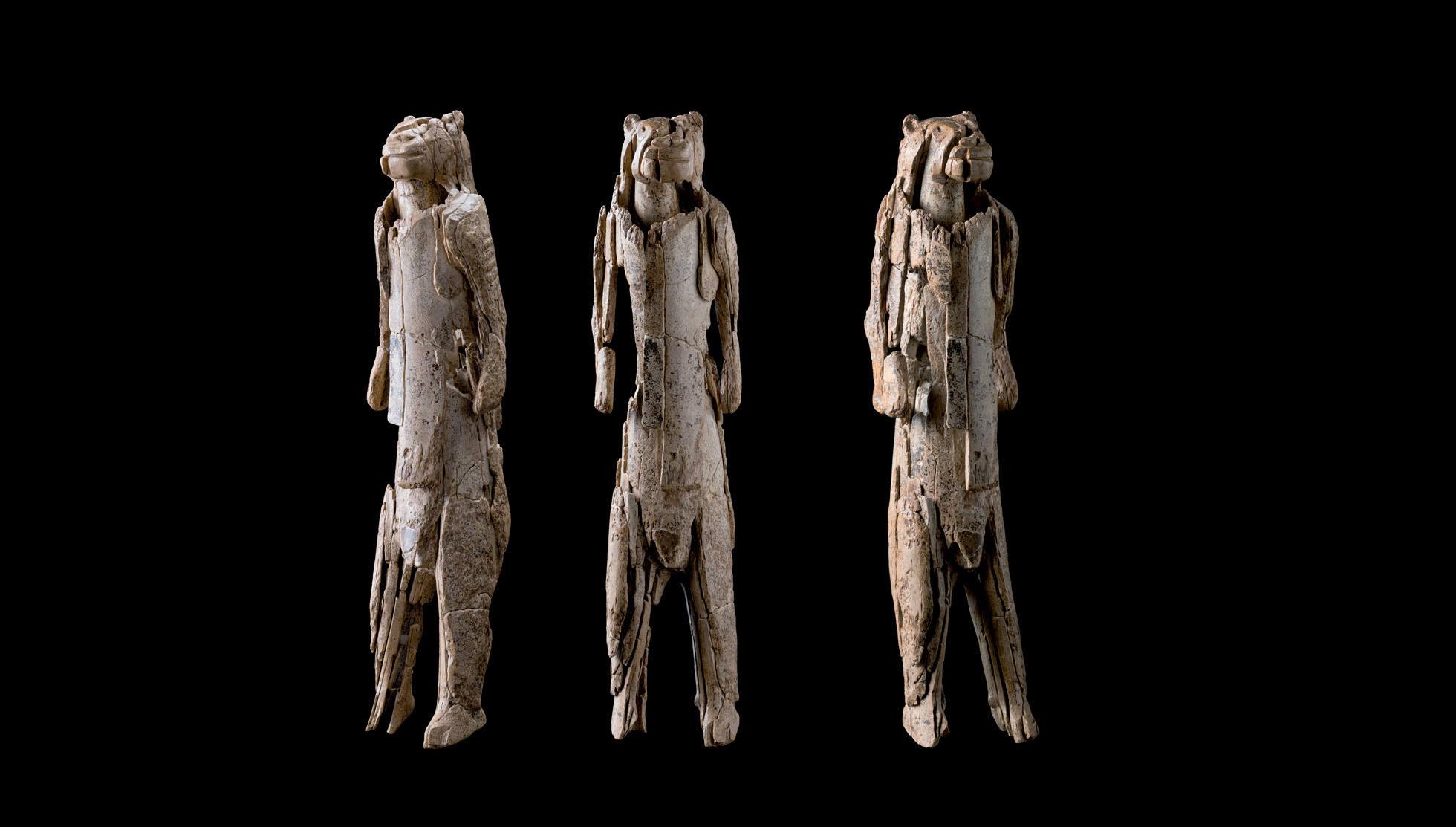 Making such a statue with then-existing tools is not an easy task. According to the reconstruction of the process using typical instruments for that time, the process of manufacturing such a figure could take up to several months.

Probably, the society freed the master from other duties, so that he or she could study and continue to concentrate on such activities. Which means that it was important for people even then. Most likely, that statue bore a certain religious character and indulged the high social character of our species.

For religion, in fact, serves as a uniting element for a group. This is its simple utilitarian function. It allows us to expand “our” group, helps produce oxytocin, increases trust within the group. While all who are outside the group become bad, “lose” their humanity and ability to be like us, to have the same feelings.

Empathy does not work for someone else’s group. But it works perfectly within one’s “own” group. We really like being inside such groups with strong gradation, feel a part of something big. Add to this the terror management theory from social psychology for everything to fall into place.

A nasty everyday evolutionary pursuit of dopamine to finally feel better. Combating suicidal thoughts and searching for a life’s purpose. The amount of antidepressant use has increased so much that they penetrate through the sewage into other animals and fish.

We need the meaning of life, we need something big, connecting our life and death. Help in filling this emptiness is a big and serious market, as everyone wants to get rid of it.

The terror management theory just helps to understand the importance of this idea, which is rooted in us. Fear of death, even the unconscious one, actively influences our decisions.

What does the sports have to do with it? The fact is that it is sports with the right approach to marketing and working with fans that can save people from problems with depression, indulge their sociality, their desire to unite and hate others.

It is religion and belief in common myths that solves the problem of the Dunbar’s number, which imposes a restriction on the formation of communities of more than 150 people.

Let’s look at 3 elements of working with fans, that make a serious difference:

1. Positioning. It all starts with the right positioning. Do you want to create strong energy, charged to win? Or do you want a constant reminder of the great traditions? Maybe, you need peace-loving fans who will strive to respect not only each other, but also an opponent?

In this regard, the positioning of the city itself is very helpful. It is a pity that far from all city authorities understand this. And instead of organizing a general priming for any organization in the city, motivating the creation of new businesses and jobs, they are engaged, as usual, in less effective tasks.

My favorite example is Portland Timbers, which, in its positive positioning, continues to position the city and society loyal to minorities and committed to the formation of mutually respectful relationships.

Positioning of the club and fan movement can solve further (or existing) problems. However, the main thing here is not to get carried away by turning the football stands into the chess match chairs.

Football by definition should not be like a symphony orchestra concert. You can anytime kill emotions and hormones which hold up the attendance. To destroy is far easier than to build.

Collective belief in concrete myths connects worshipers of a particular religion, who live in different parts of the world, speak different languages, are genetically distant from each other within the population.

Many marketers are inspired just by examples from religious trends that bewitch people by their centuries-old myths stronger than the most successful examples from the marketing world.

The use of such stories while interacting with the fans is more likely to bring success than just ordinary sales. In such a case, the brain does not have a stopper, that they are trying to “sell” it something.

We ourselves confer value to myths. Regardless of what they are. Be it a national idea, a religious one, or the value of a monetary unit. But it is always much easier to build a myth on the values ​​that are genetically instilled in us.

For example, do you have the idea of how the mechanism of trust works? I’ve addressed that issue in an article on how to motivate employees to work more for less money. Trust is our unconscious work for society in order to increase our chances of survival, receiving assistance, and reproducing offspring.

While the emerging desire to give back for betraying trust and violating the rules established in society is the reverse side of the coin. That’s the way evolution supports our distinctive feature—high sociality. It is impossible without trust.

The costs of mistrust are extremely high: more time is spent on making a deal, fewer deals are made. As a result, due to the lack of social capital, the whole society suffers. Any economically developed state is just distinguished by a high level of trust.

Thus, when we take the myth and build it on such basic principles as respecting social norms and combating injustice, we get a successful decision for ourselves.

As a result, the created brand begins to further live outside the material world. At the same time, it is capable of influencing reality by distorting it. And it’s good if reality is distorted in a positive way.

A brand is a story. And the more fundamental the story is, the more successful the brand finally is.

3. Indulging non-adulthood. We are talking about a conscious entrance to the market, serving the so-called “adult children” (kidults), that is, young people up to 30–35 years of age with interests and signs of children and adolescents.

Children are a tasty morsel for any marketer. The companies that find the key to them begin to bathe in money. The problem is that hysteria is not always helpful or not all products can be sold to children. And despite the fact that children are easy to sell to, they have no money. While many “adult children” have it.

This is an extremely interesting segment of the target audience, as traditional sports is trying to access it via esports. And, of course, this path is doomed to failure.

In fact, this audience segment is interesting because it grew in a world where sports was something really important. And if that audience has been lost, there are still a number of interesting approaches to it. We must indulge their non-adulthood, use nostalgia marketing, support them emotionally.

Do you want us to consult you, develop a strategy, and help you implement it? Write to us at Email leon@sportsneuromarketing.com! We respond within 24 hours.