I bet that many are familiar with the speech of Harvard Business School Professor Amy Cuddy on TED. I believe it was Amy’s speech on the influence of body language on ourselves that opened this topic to the public.

But today I’d like to discuss not a general influence, but a smile. And I’m going to do it in the context of the brand.

If you have not heard of Amy Cuddy’s appearance, you’ve definitely heard about the pencil experiment. It’s all about clamping the pencil between the teeth. As a result, the same muscles are involved as in the case of a smile. As a result, your perception becomes much more positive.

If the pencil is not clamped with the teeth, but with the lips, then the muscles used for frowning get involved. The impact on results turns out to be negative.

Like any popular experiment, it succumbed to criticism, but a series of repetitions proved the veracity of the results. Nobel Prize laureate Daniel Kahneman conducted it even at the World Economic Forum in Davos.

In fact, this experiment is an example of priming, which we have already discussed in detail. As to the first thoughts about the relationship between physical and emotional changes, they go back to Charles Darwin. It is called the facial feedback hypothesis.

How can this be used in sports and business?

1. Facial mirroring. Unconsciously, we reproduce the facial expression of the interlocutor. If you want to dispose your customers, fans of your team, your employees to positive emotions, take care that they are welcome with as sincere a smile as possible. The mechanism of the way it happens is described in the article on mirror neurons.

At the same time, in one of Vsauce’s videos an experiment was conducted which showed that our inability to express certain emotions by ourselves worsens the indices of identifying the emotions in others.

Such results were obtained with a group of participants before the Botox shots and two weeks after. Let me remind you that Botox application blocks the nerve signal. As a result, the skin becomes smooth, but the opportunity to use muscles in the injection zone disappears, which makes it impossible to manifest some facial expressions. 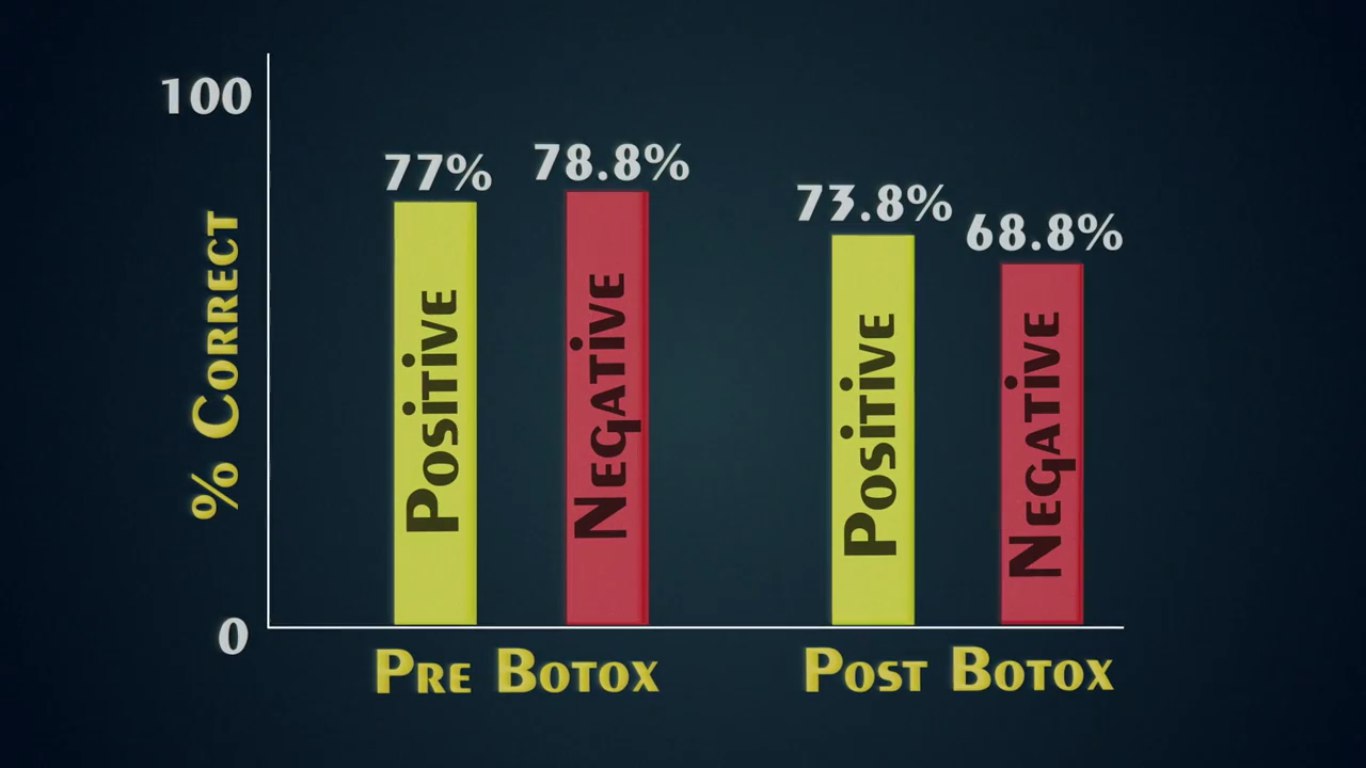 Similarly negatively the recognition of emotions is affected by testosterone. Peter Bos and colleagues in their study came to the conclusion that testosterone facilitates the decrease in empathy through reducing the connectivity of the left inferior frontal gyrus with the anterior cingulate cortex and the supplementary motor area.

2. In any situation unpleasant for your client, use his/her smile muscles. Do you need to conduct an inspection, make a person wait or do something else unpleasant? Make use of the pencil experiment in your context.

For example, offer a fan to participate in the competition, while the line is moving forward. Have the person make a photo with a ticket in his/her teeth and send it to participate in the contest with some prizes. In this case, the positive effect will be evident not only from holding the ticket in the teeth, but also from the fact that many will start doing it, amusing themselves and others.

It’s an awesome opportunity to raise both the attitude towards your brand and the atmosphere in the stadium, explaining the importance of a smile and promoting its spread among your fans.

The experience of the Portland Timbers showed that the atmosphere of love in the stadium was pretty cool. Fans of the club from Oregon show positive emotions not only in relation to their “own” group, but also to the “other”. It is logical to assume that it leads to a higher level of oxytocin.

Although the study of scientists from Oakland University makes it clear that demonstrating respect for the opponent can have a hidden motive. In the case of fighters, respect after the fight is demonstrated only in a situation when the opponent is smaller and did not use “dirty” techniques. That is, when the winning fighter considers the loser much weaker. This serves as a definite contribution to the relations within the group.

But it definitely does not apply to social marketing. In the case of social marketing, remember that in the context of using the brand, it will actually become a cause-related marketing. And your task is not to let your fans/consumers suspect that you have any benefit from this campaign. Otherwise, the consequences for your brand can be extremely negative.

Write to me on E-mail leon@sportsneuromarketing.com, and we will reply within 24 hours.

SEE ALSO: How you can make money on the myth of human rationality